We have now reached the half way point of our North America field trip. We are in the fair city of San Diego. And what do families do in this fair city? 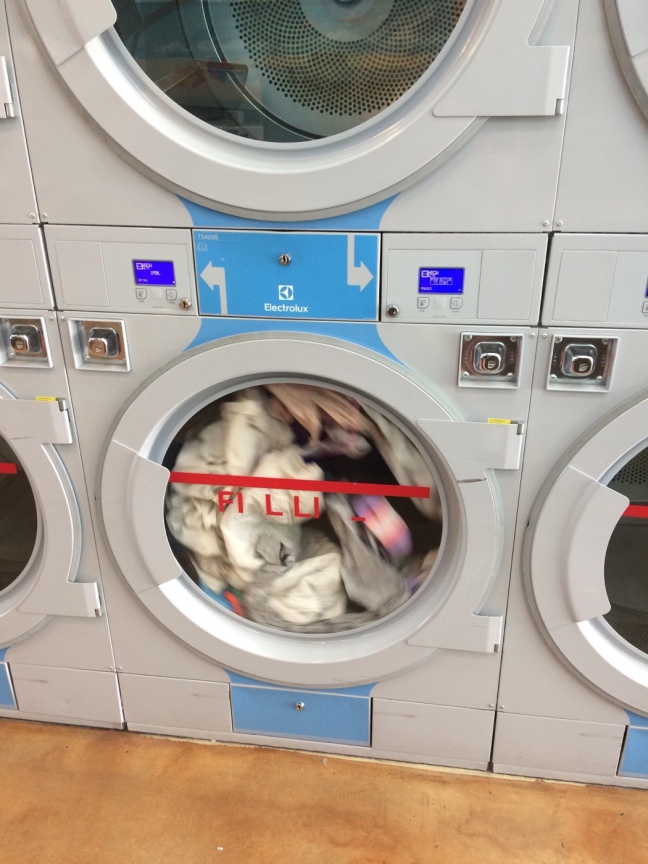 We are heading out to Sweetwater Summit for 2 nights and wanted to get the laundry out of the way. This also gives me a few minutes to write.

This week the school work has been going well. I teach each child individually from 8 to 11am. Mariana helps out with the reading lessons. I also found online math tutoring called mathantics which has videos that the kids like.

Giovanni is still easily distracted when he works so I need to give him extra guidance. The good news is that he is getting comfortable with the numbers 0 – 100 and double digit math is coming along.

Maya’s printing is doing well and her reading is making great progress. She also likes counting. Understanding addition and subtraction is taking more time that I expected.

Katia is breezing through books and the curriculum in her Grade 3 book. Math and science are done. English and Social studies are almost finished. Mathantics has been good for introducing multi digit addition and subtraction. Soon we will get into double digit multiplication and division. I understand the concepts well but I have a difficult time explaining it at a child’s level. That is where the videos have come in handy.

One other thing that has helped is decorating the walls with school work. I had Katia do a multiplication table and put that on the wall. I also did a sheet with 0-100 for the younger two to count when they do their math. 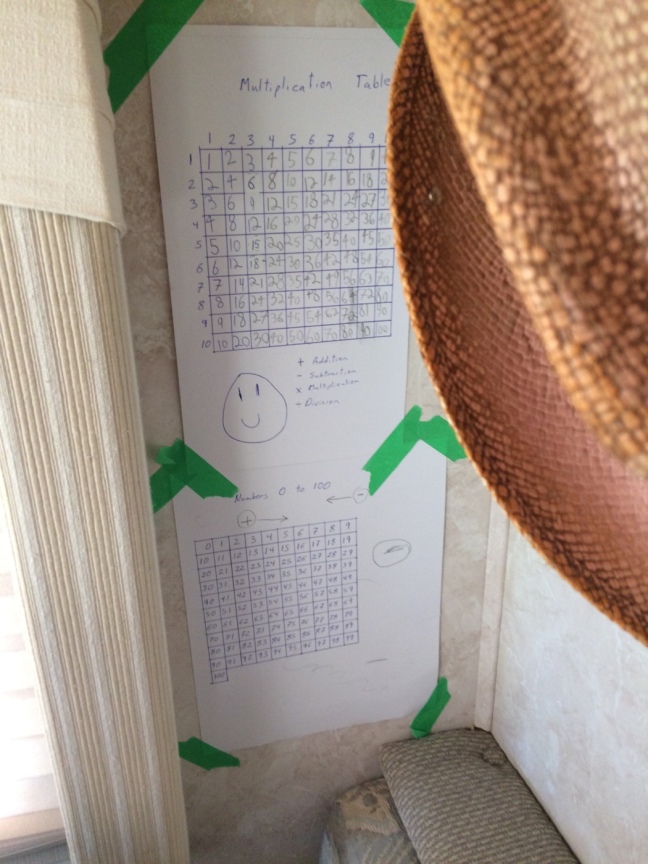 Thursday night we stayed at Sweetwater Summit Municipal Park. It is a very nice park and the view is wonderful.

Wednesday night we stayed at Silver Strand State Beach which was right on the water and had a nice beach. We enjoyed watching the sunset and the kids had fun in the ocean. 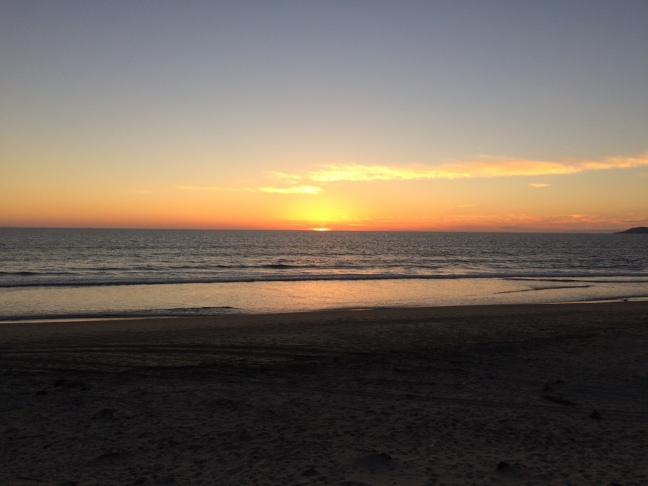 The water was quite cold and I hosed the sand off the kids using the shower head at the side of RV. They appreciated the hot water and the sand just fell off onto the asphalt mixing with the other sand already there. We went through maybe a gallon of water which would evaporate soon. I moved the kids inside and began getting them dressed.

Within 5 minutes a park officer knocking on our door. He asked if we had a leak. I said no, I had just hosed the sand off the kids. He said OK but that they don’t want people dumping water on the asphalt. Next time use a bucket and dump it in the RV tank. OK. Apparently you are not allowed to put water and sand on the asphalt.

The next day I talked to our neighbour and we joked about it. He did say that someone got kicked out over it last year. They are quite strict there. I should have figured because we tried checking in at 1:37 and they said no, we would have to wait until 2pm.

Sunday, Monday and Tuesday we stayed in El Centro California in the desert. The park and library there were quite nice and the Walmart had everything we needed. I also made friends with Raymond while working out. He works at Walmart putting away carts in the early morning.

We stopped at Old Fogey hot spring which was nice to soak in. But there were a lot of old fogies there. I have decided not to include that picture from there.

Saturday we visited the Saltine Sea which is 228 feet below sea level and very salty. Apparently boats run really well there because of the increased bouyance and higher air pressure. The sea was interesting to see but the beach was more sea shells than sand. 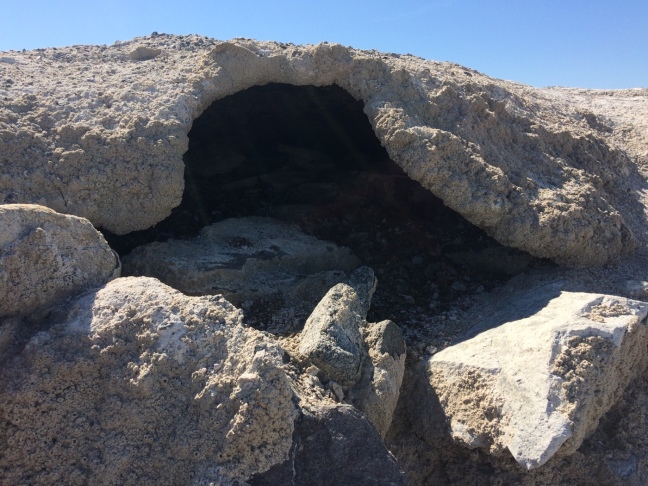 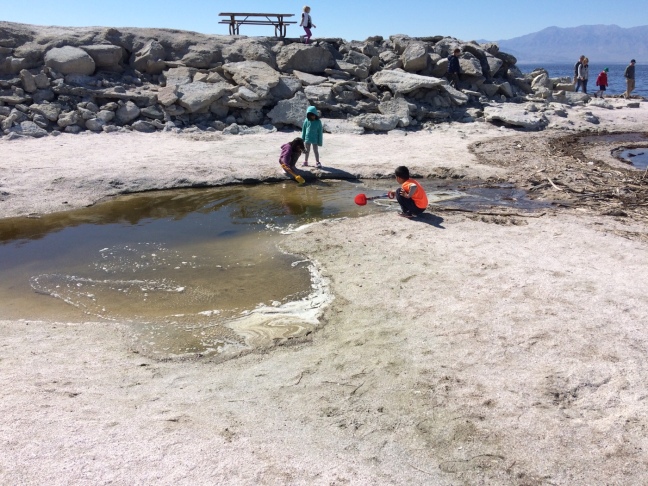 Joshua Tree National Park was pretty cool. We stayed in the BLM area for free and got to talk with some interesting characters. 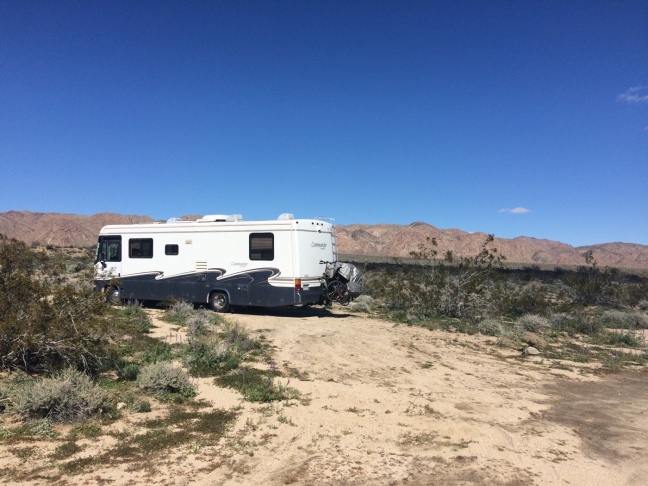 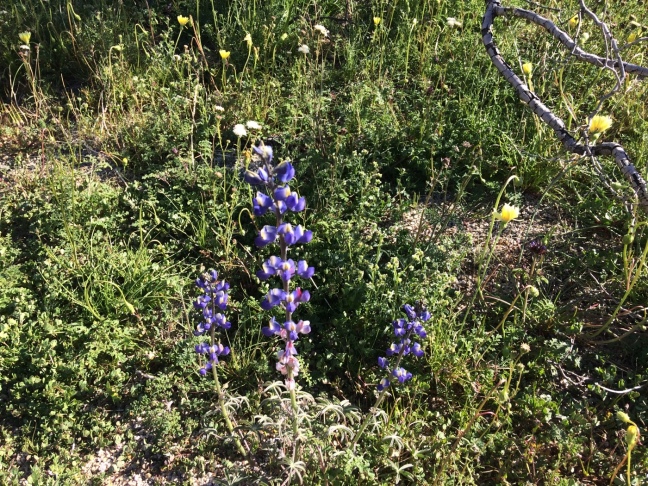 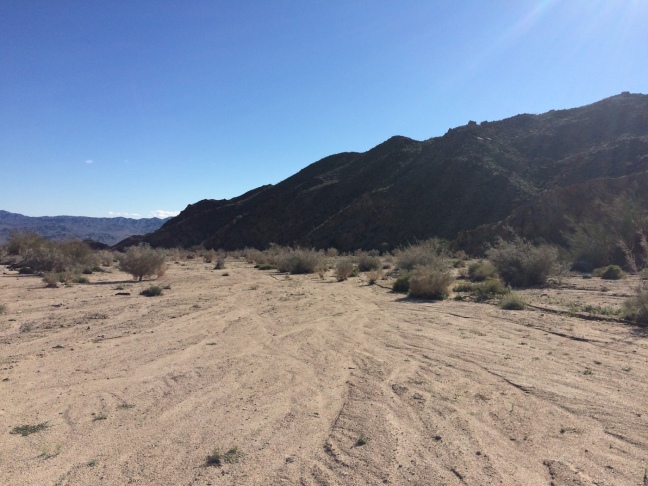 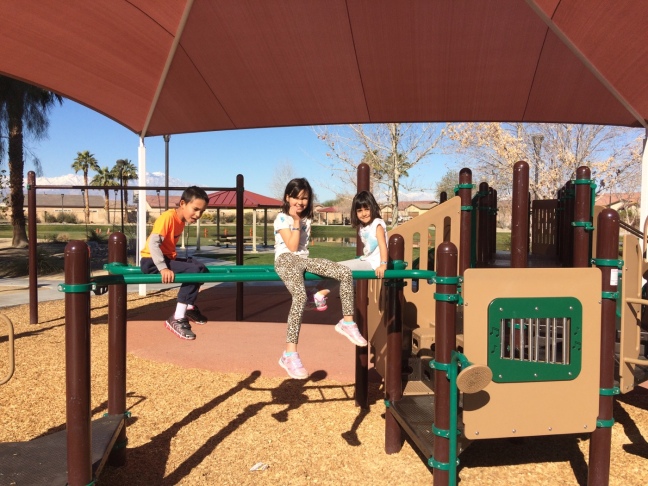 6 thoughts on “Half way point”